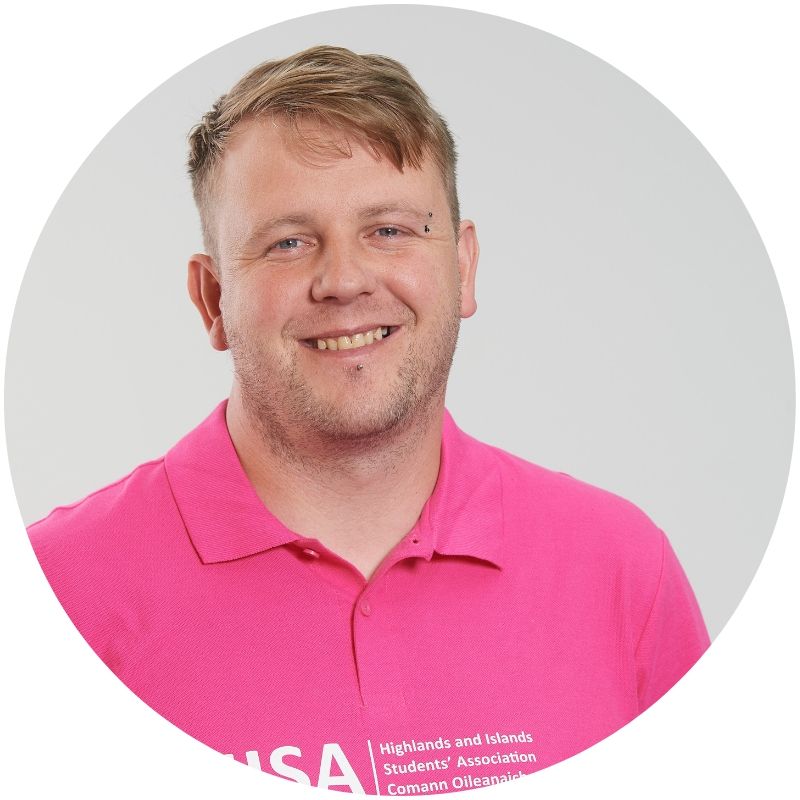 Alan moved to Moray three years ago with his wife, and completed a HNC in applied science at Moray College UHI in 2018.

Alan initially got involved with student representation in 2016, when he took on the role of Class Rep, the following year winning a local election to become HISA Depute Officer in Moray College. He was able to help increase HISA engagement locally, with the 2018 local election seeing both the most contested seats and the most votes ever at Moray College UHI. Alan was elected as HISA President in March 2018.

As Depute, Alan was able to ensure the local HISA team took the lead on the class rep system so that it was completely student led, meaning that there was stronger student voice locally and regionally, with their voices heard across UHI.

Sustainability is an issue that Alan feels strongly about, and while he was a Depute, he campaigned for change in Moray College UHI policy, that single use polystyrene food packets were to be abolished and compostable packaging brought into use. This was introduced along with discounts for people using reusable coffee cups.

Alan is passionate about student representation, Clubs & Societies and ensuring the sustainable growth of HISA. Alan will continue to work alongside UHI and its academic partners to address the needs of all students within the partnership.